How I ended up chasing the internet dream

I am a Belgian citizen. Born 1966 in Belgium to a working dad and a stay home mom. Two sisters joined the club soon after me.

I graduated in 1988 as a Master of Information Technology.

Just two months later I landed my first job and left home. To find myself being accompanied only days later. And with time stuck in alcohol and pill abuse. I ended my first relationship after a few years. 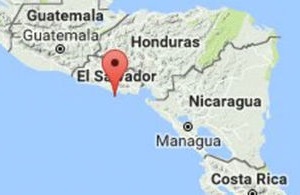 In 1996 I was with a woman from El Salvador who was living in Brussels. When she got pregant we decided to get married and move to El Salvador. We did so in July of 1996.

I got to know MLM in 1996 in El Salvador when a neighbour showed me "the plan" of the Amway bizop. In 2001 I discovered online business.

Over the years I investigated and tried a lot. I invested time and money again and again. And set up several websites.

Eventually I got to a point where I get small financial successes from time to time. But not enough yet to quit my J.O.B. - if you know what I mean. So currently I am still a rat race participant, working full time as an Analyst Programmer.

In May 2010 my wife, our three daughters, our son and myself moved back to Belgium. With all the responsibilities such a big family brings, I keep pressing on, trying to make the internet dream work for me!

How I became an IT Pro

I finished elementary school as one of the best of my class. So for secondary school my parents got me into a catholic college to study Latin Mathematics. But I was not really motivated and a few years later I was amongst the last of my grade.

At age 17 I got my first computer : a Commodore C64. During my last year of secondary school I spent a lot of time programming in Basic and machine code, and of course... playing games.

But that first computer experience set the stage for my career choice. While many of my class mates went for Civil Engineer, I chose IT. I got the opportunity to study at the Brussels Free University. I graduated in 1988 as a Master of Information Technology, Software Design Option, on the thesis "Functional Abstraction to Support Rapid Compiler Construction".

I worked in Belgium from 1988 to 1996 with several companies, mostly as an Analyst Programmer. In 1990 I started working with Oracle Databases and PL/SQL.

In July 1996 I moved to El Salvador where I was employed in IT functions in a bank and for 10 years in a local utilities company. While there I started to work with Oracle Forms and Reports.

I moved back to Belgium in May 2010. Since my return I have again been employed in IT jobs, working with Oracle Databases and Development Tools.

How I became a Christian

In my youth, after 12 years of Catholic religion classes at school, I asked myself if God really existed. But I didn't get to believe then.

As a young adult my life got filled with alcohol, codeine pills, pornography, visits to prostitutes and massage parlors. I consulted the western and Chinese horoscope, Feng Shui, and practiced yoga. For a few years I lived together with a girl friend, followed by some short term relations.

In 1995 I met a Salvadorian woman in a yoga class in Brussels. When she got pregnant we decided to marry and move to El Salvador.

We moved to El Salvador in 1996 and married there a week later. Our first daughter was born at the end of the year.

Early 1997 I was invited to a Spanish speaking chapter of Full Gospel Business Men's Fellowship International (FGBMFI), an organization of Christian Business Men that brings people to Jesus by sharing their personal testimonies in the non-religious setting of a meal in a hotel or a restaurant.

In 1998 I was going to those weekly meetings, also started to assist to a Baptist church, bought a Bible in Spanish, reading in it at home and praying to God daily, and also watching Christian television.

My personal search of God culminated in a special event in august 1998. I woke up in the middle of the night and sat up straight in bed. I saw a white, bright light. In the middle of it I saw an arm extended towards me, with the hand beckoning me. At the same time I heard a voice inside my head that said to me: "Come". (Actually it was in Spanish : "Ven") The next day I noticed that God had left me a permanent reminder of this nightly calling: a small blind spot below in my right eye.

Sunday October 18, 1998 I was baptized by full immersion in water. The next friday I was at the National Convention of the Fellowship in the hotel Camino Real in San Salvador. At the end of the evening, when most people had already left, a man prayed for me. And suddenly my body started to roll over the floor and shrieks came out of my mouth. An evil spirit came out of me, just like recorded in the Bible story in Mark 1:25-26.

Now I have a new life, I'm married, father of four, and trying to serve the Lord Jesus in many different ways.